On Sunday 21st November, the cadet team of Ben Aldridge, Adam Koszyk and Shivam Gopal represented Westfield TTC in the National Cadet League at the Sycamore Club in Nottigham. Each player contested 2 games per match.

They started off their campaign against Nottigham with a well-earned 6-0 win. The next match against Peterborough Archway B was a tougher affair which they pulled back from 3-1 down to draw 3-3, with the players sharing the honours, winning one game each. Their third match was against West Bridgeford which they won 4-2 with Shvan winning 2, and Ben and Adam winning 1 apiece. Peterborough Archway C was their final opponent; this was another hard fought match resulting in a 3-all draw, again all players were victorious once.

The succesful first day left us second in the table agaisnt runaway leaders Peterborough Archway A who we will play on the second of the 4 day ocompetition in December. 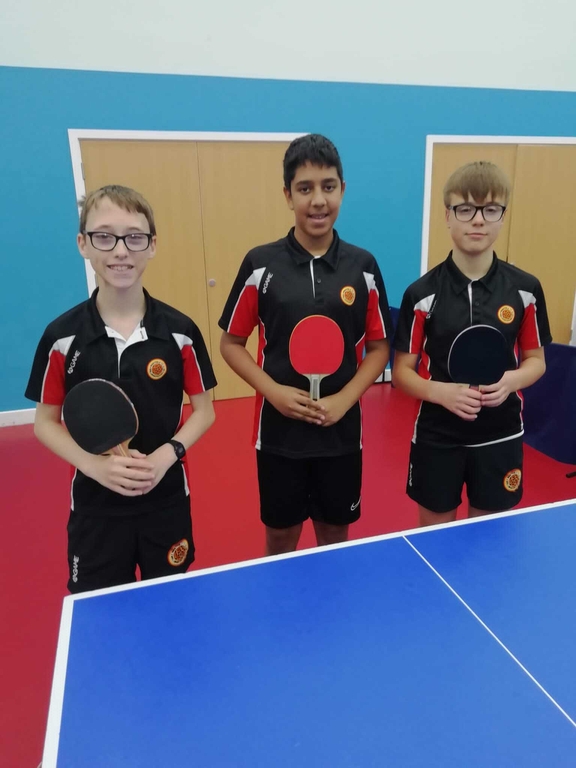